This is the first post about my actual work on the game. Recently, I worked on a few graphical/art style tests as you can see below: 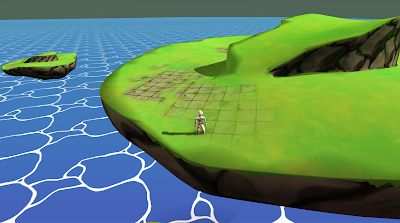 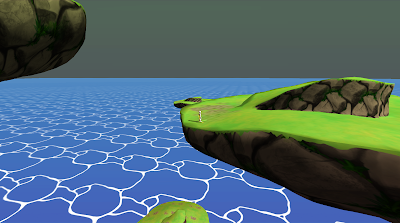 The idea was to test different ways of mixing textures (tiling and blending). Unity can only handle 2 different sets of UV textures which might be annoying for environment design… 🙁

I also worked on GPU shaders to create post-processing effects (cartoon-like edge rendering, underwater effect, colorize and oil-paint effects…), but I still don’t know which one(s) to choose for the final look of the game.

I also (and mainly) totally re-implemented the controls, because there are a lot of bugs on the demo for the moment. The moves are basically quite the same (run, climb, jump and slide down slopes), but I hope they are a little bit more reliable. Debugging is not over however, I guess I’ll have to fix a lot of things “on the fly” when adding new levels. Initially, I planned to code basic moves in 2/3 days. I spent more than 2 weeks on it. I created a test level to track bugs on the climbing and sliding moves: 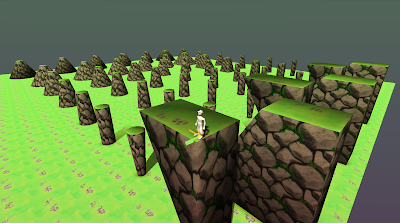 I created a lot of “mountains” with various forms and slopes to assess my algorithms. It’s a very long process to test every situation… Those are simple forms, and yet there are a lot of issues especially on edges. Of course this is not very pretty, and it won’t be in the final game. It’s only for tests!

That’s all for the moment!

See you next time 🙂