Here is the usual sum-up of my recent activities, mainly water-character interactions here.

And once the animation was done, I had to work on the transitions with the other possible states of the character. The more states already exist the more complex it is to insert and “connect” the new one. So I worked mainly on the following transitions: 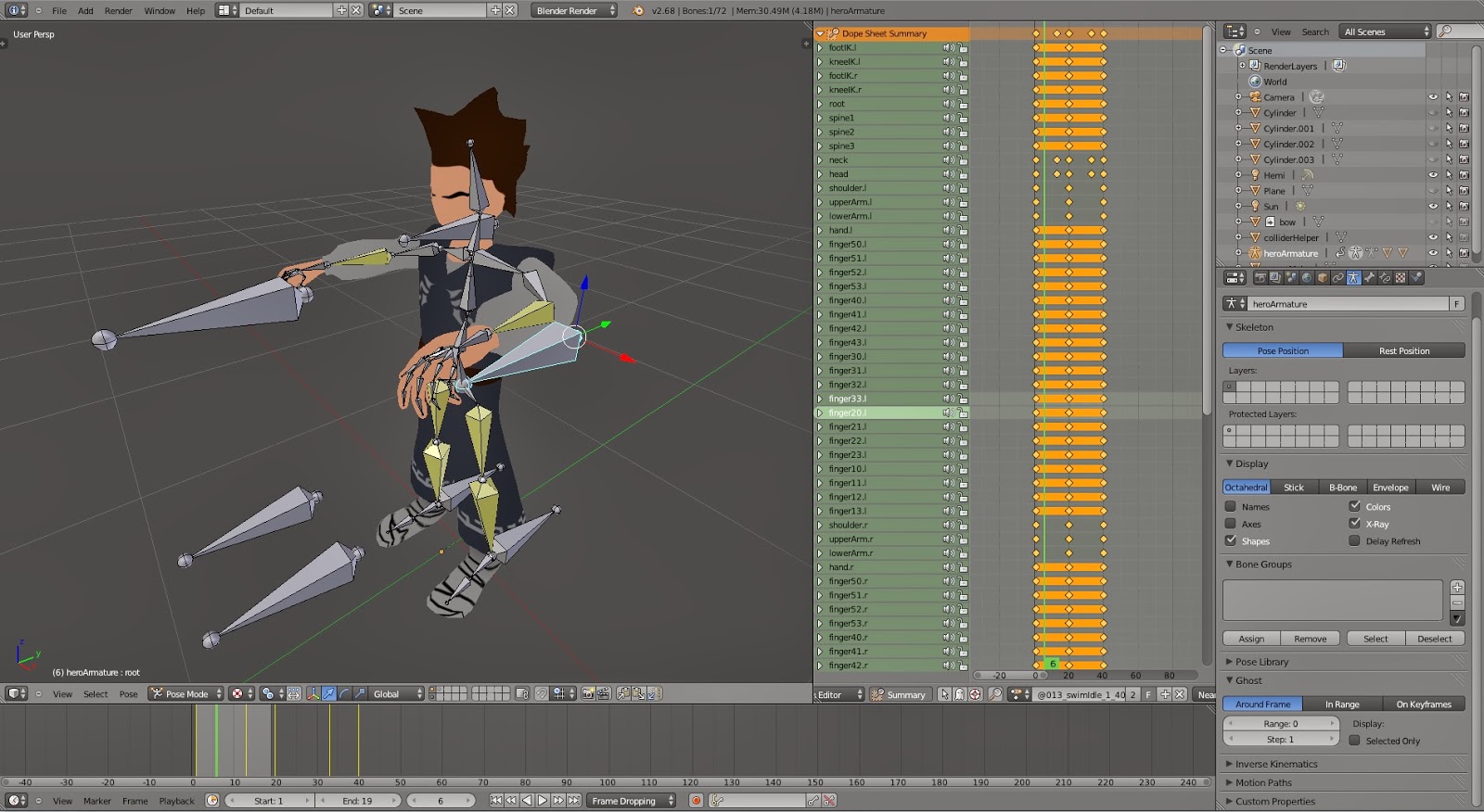 A very basic animation. But, we’re only going to see the head out of the water anyway.

The final tweaks needed were on the swimming speed and “inertia”. Of course, in water, a body is subject to the Archimedes principle as well as to some liquid friction. I started by coding the exact “realistic” forces, but those are not “reactive” enough to make the game nice to play. So I had to tweak the values and coefficients in the equations to give the game a good response time. But I’m not still quite satisfied with it. This may require more work.

Now the character swims! But visually, the moves in water seriously lack some water reaction.
I needed to add a few things:

And finally, I had to set up the exact same water particle systems for ennemies. Simple ripples and foam around the character 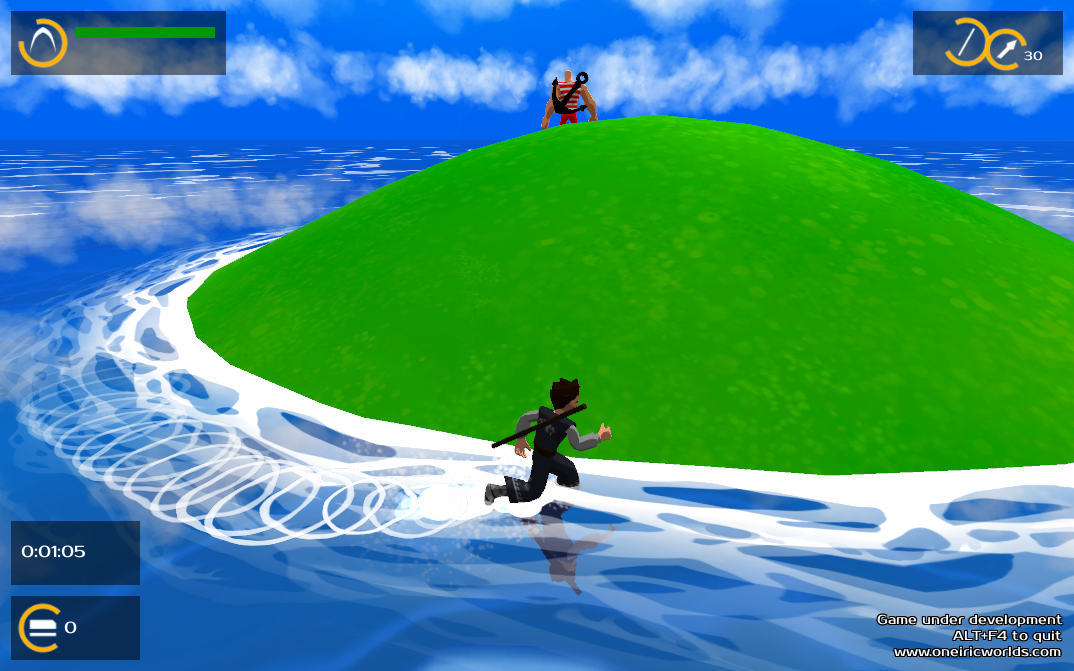 Foam around a little island and water splashes while the character walks in the water. Well, OK, it lacks a beach… 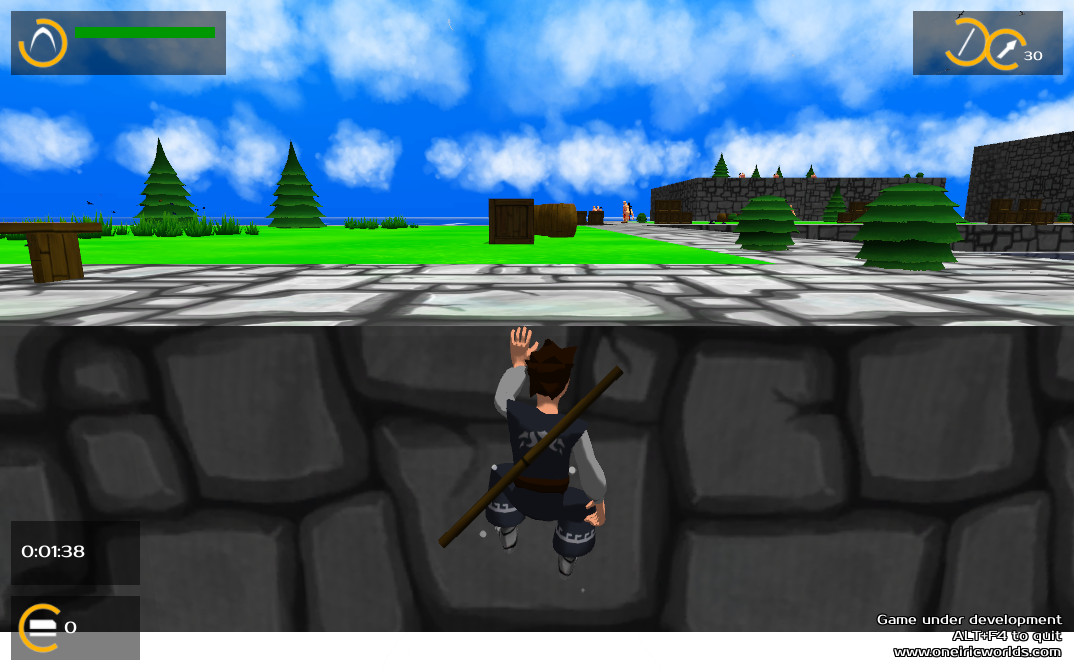 Little droplets falling from the character after a swimming session. Subtle… But more obvious with the animation. 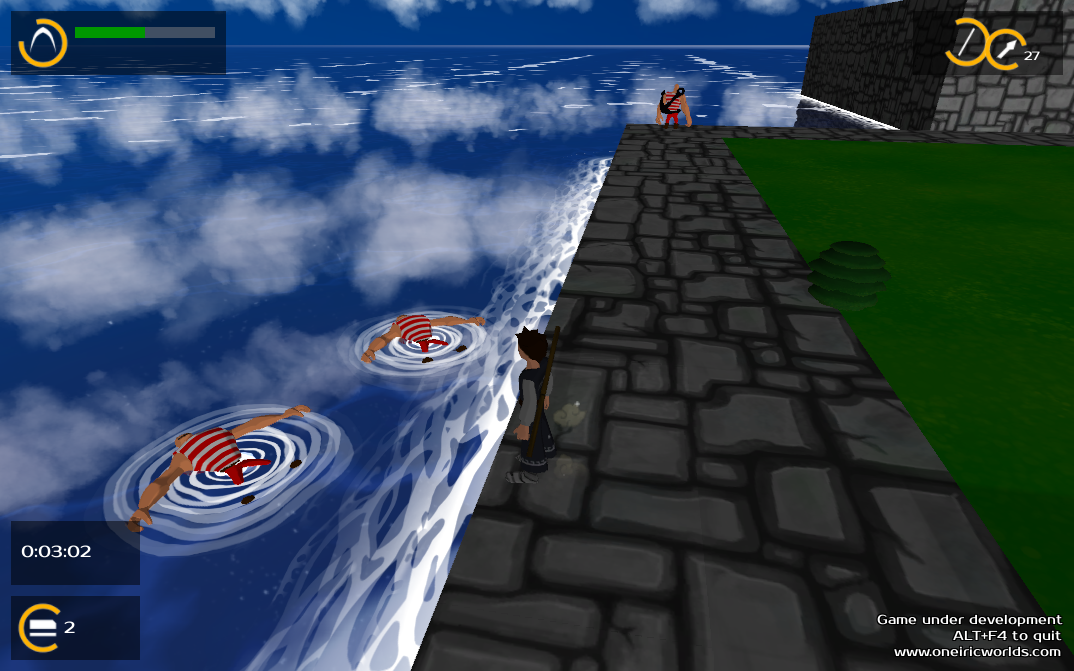 Ripples around ennemies in water. This required to correct all the sizes and parameters of the water effects.

A few more updates are coming, hopefully with a new level in the next demo at the end of the week.