During the past month, I added 2 new characters to the game:

While creating the new Tera island, I wanted the hero not to be alone. So I worked on a few friendly characters that may help him. I started writing down a few notes on a simple text file to have the basic style/look/behaviour of those characters. I found out that working with text files is quite nice. You don’t have to write perfect sentences, you can only write a few evocative words that help you to exactly visualise a place or a character and it’s very fast! I use tons of text files when I have to think about the story, characters, levels, tutorials, items, bonus, ennemies, planning, gameplay… Some are huge, other are very short, but all are “alive”: I constantly add/remove/change/correct stuff. 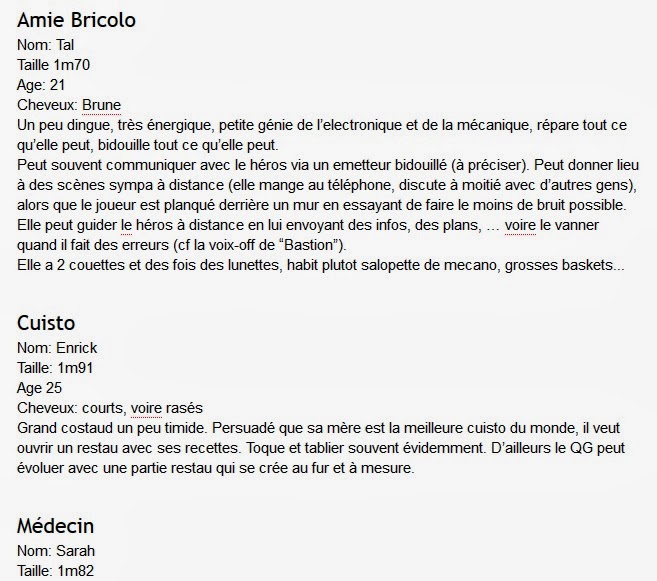 A part of the character files, in French (sorry I’m more at ease with French when it comes to quickly write down ideas), with lots of mistakes.

For the hero sidekick, a girl named Tal who can communicate with him at any moment, I wanted a computer/mechanical geek girl, quite funny, who sometimes makes laugh of the hero (this may only be seen in dialogs, I guess). I ended up with the following character: 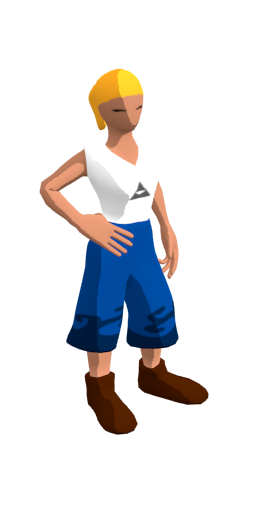 Of course while creating a new character I always go through the same process: concept, modeling, texturing, animation, behaviour. All are done in Blender, except the last one, which is actually coded/programmed in Unity. If you’re curious about the character creation process, you can check out this tutorial I made a while ago.

The behaviour can be quite difficult to code, because it heavily depends on what the player (you!) has already accomplished. For example, when you talk to Tal, she may speak about the storm that broke the pontoon, or your last mission, or may react to something you just found. And of course, the more missions/possible actions, the more dialog lines she may say. 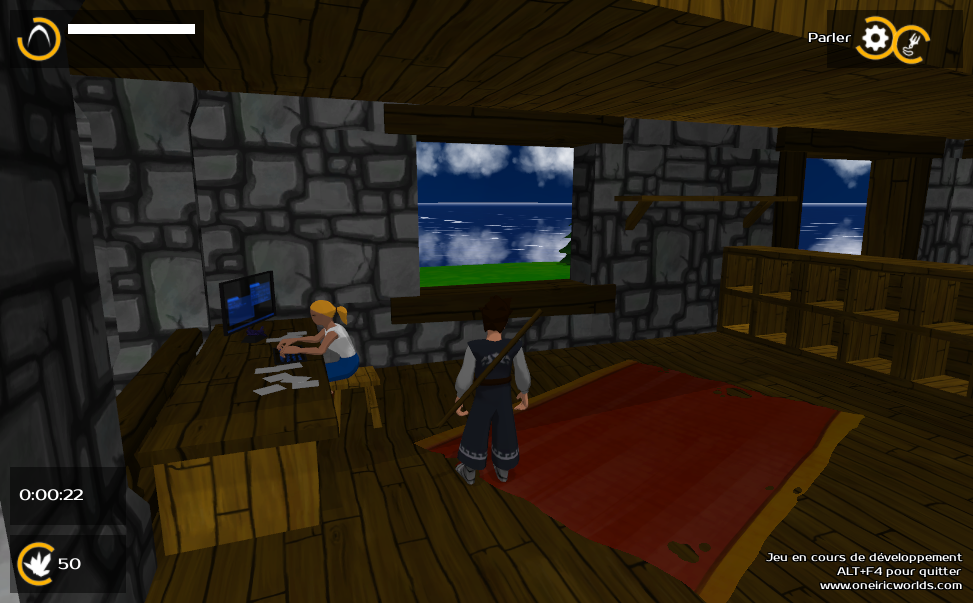 Terry is one of the guy running the earth-island posts. You can talk to him to go from one island to the other. I wanted the kind of cool blond surfer guy with a tribal tattoo. For the concept, I didn’t use a character file, because he’s a quite secondary character, and I didn’t have to think too much about his background. I made a simple drawing: 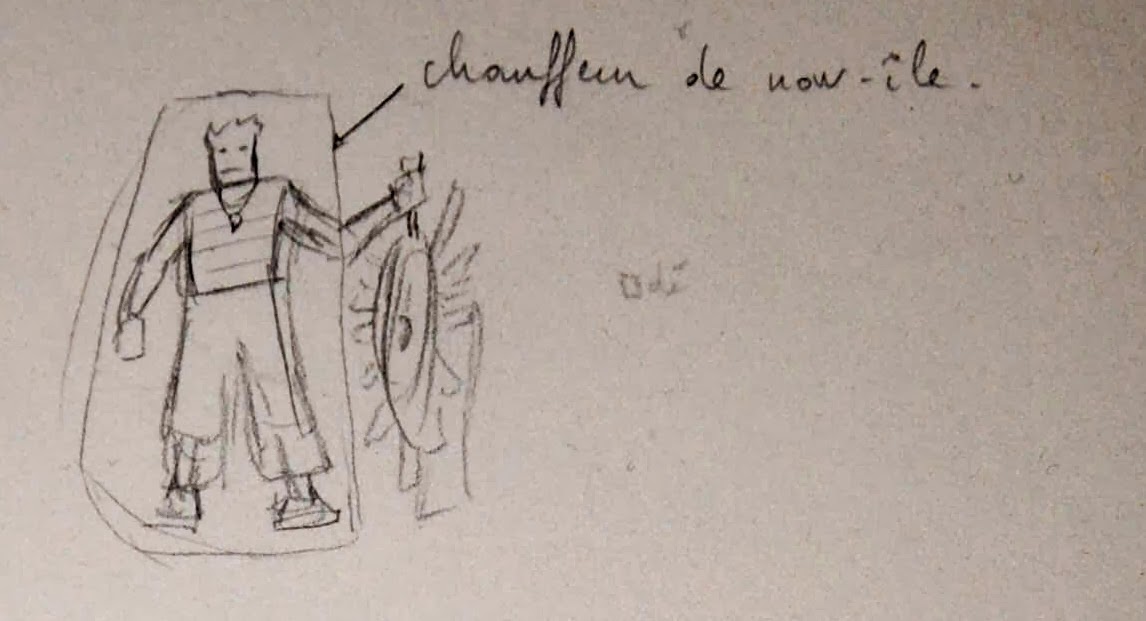 A simple sketch of Terry

Which ended up in 3D: 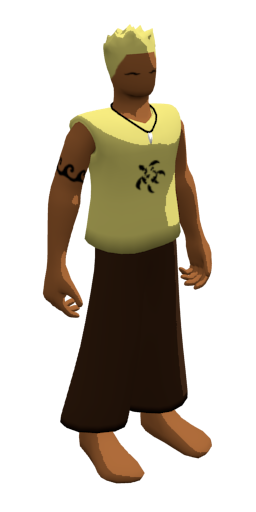 For the behaviour, I was faced with a new problem: the player has to answer during dialogs (choose a destination), and has to pay to travel. So I modified the dialog system in order to add possible answers with associated actions. This complicated seriously the dialog tree! By the way, I also used this new dialog system for selecting tutorials on the thief guild island. This finally rised the dialogs to 100 lines, and the translations to 200 lines (not all translations are in dialogs). In addition to the previous stuff, I also worked on various “little” things:

So that’s all for now. See you soon!