I’m still working on the game! Crazy isn’t it?

Recently, and after many feedbacks I had, I’ve been trying to rework the fighting system to make it more fun  and “punchy” (more effects, more feedback), and I also changed a few controls.

1 – The character “slides” much less than before when attacking

2 – Hits trigger a micro-freeze and some kind of vibration feel on the enemy, resulting in a much more convincing power strike. I got this by carefully watching ultra slow-motion videos of Street Fighter. They achieve to convey so much energy to each character move that I spent hours carefully studying how it was done. This was super instructive. 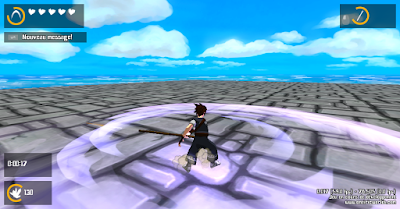 A new effect for the super attack

4 – Enemies now have a super attack too, and it can’t be blocked. You can only run away from it. It’s not that difficult when fighting a single enemy, but it gets much more complicated when there are many of them. You’ll have to adapt your strategies! 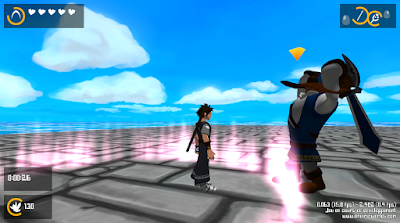 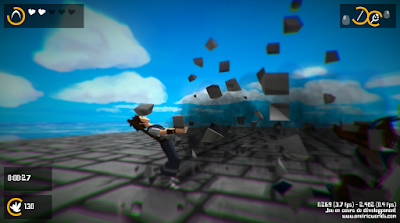 5 – I tried to balanced the fighting by giving each attack a possible counter. I learnt a lot about fight system designs on David Sirling website (http://www.sirlin.net/articles/designing-yomi). This guy worked on re-balancing of the old Street Fighter II game. Crazy good work to learn from!

6 – Blocking now uses some magnetic energy, and you can’t block for ever without moving/escaping to recover energy. This changes a lot the way to tackle fights.

Sadly, trying to improve the fighting system broke a few things, and I’ll have to balance again attack power, speed and other parameters. Plus, I’ll have to adapt the tutorials in the Bo Dojo one day or the other.

But anyways! I hope the game keeps getting better and better.