This week, it was logistically complicated, because I was away from home… Some kind of holidays in a sense…. So I chose to work on a little side-project: a 2D top-down view stealth game with the possibility for the player to easily create levels. Graphics are of course very simple, but the goal was mainly to create a tool to quickly test 2D level design. So if you want to create levels yourself, watch out for the next demo of… World of Ninjas (yes, I’m really inspired when it comes to names). 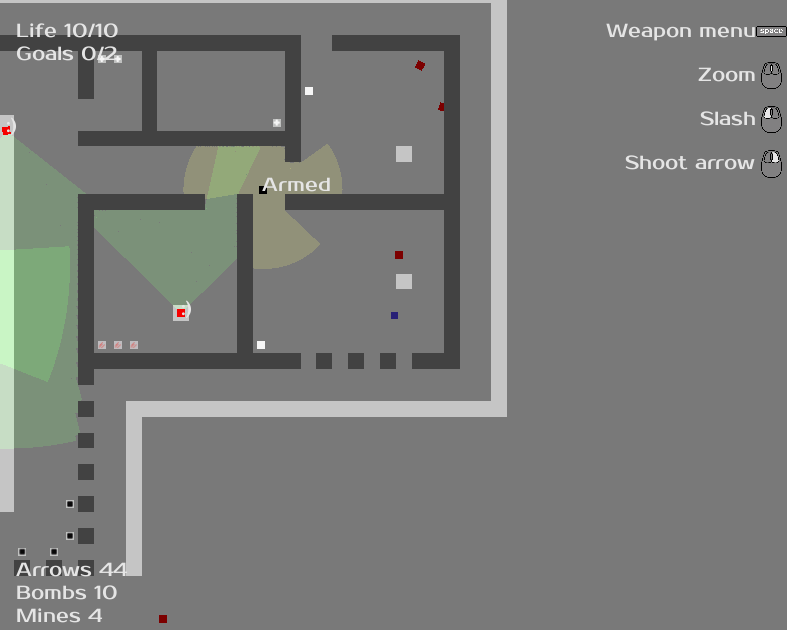 A very poor look… But it works…

Hence, this (long) post will explain more or less in detail the creation process done in… 1 week. The next post will link to the demo!

A basic map made in GIMP 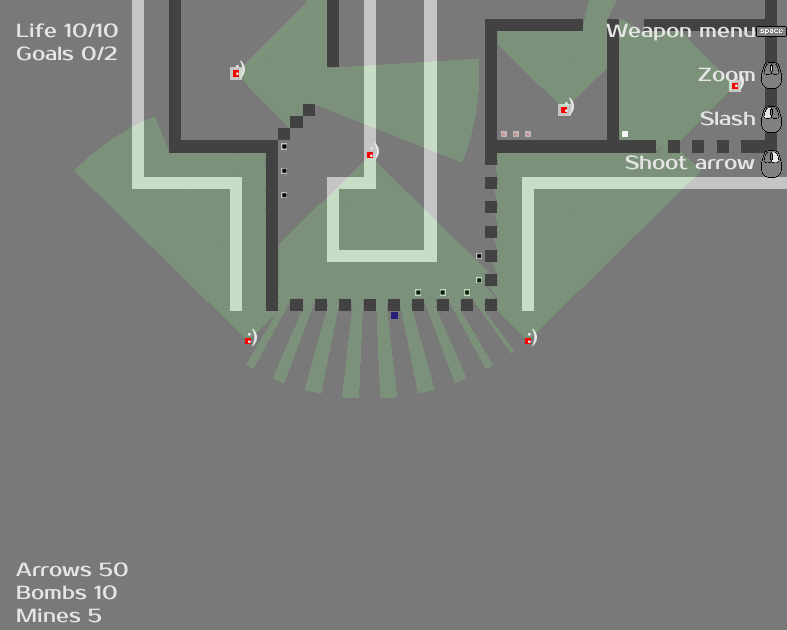 Enemy field of view. Quite harsh to implement, and far from optimized. But… quite functional at the moment. 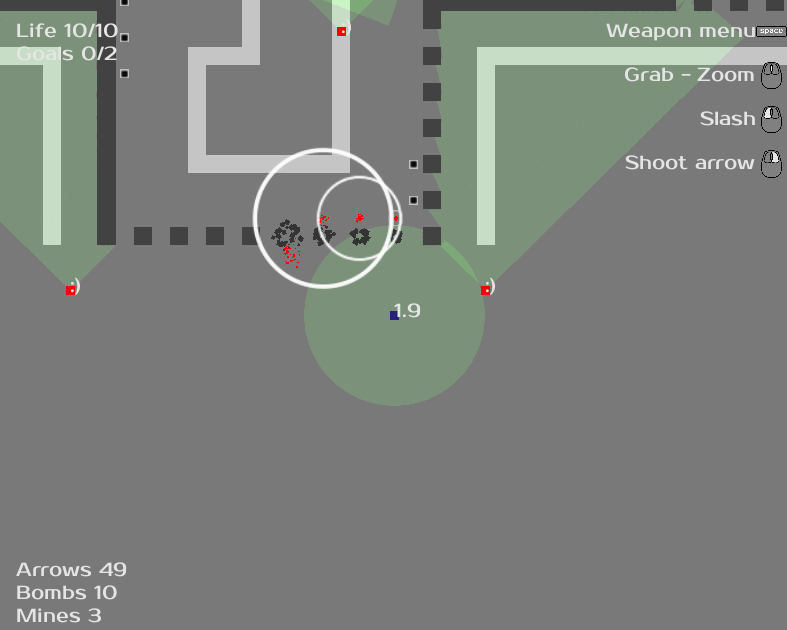 Shockwave during a bomb explosion

And at this point, that’s all I have. I already noticed a few additional bugs that I’ll have to fix, but the goal was to set up a playable prototype within a week. If it works well and is quite fun, maybe I’ll improve it later, I already have a very long list of possible enhancements/corrections.

About the bugs: adding new items/functionnalities always raises new questions. For example: “what happens if a “life bonus” is hit by a bomb shockwave?” The more elements there are, the more complex interactions can be. I surely missed some. By the way, professional developpers often say they only create 5 bug free lines of code per day. I coded ~2250 lines, with hopefully 50 free bug lines… That means there are still loooooooots of bugs to find, I count on you 🙂

That’s all for this week. See you next time.